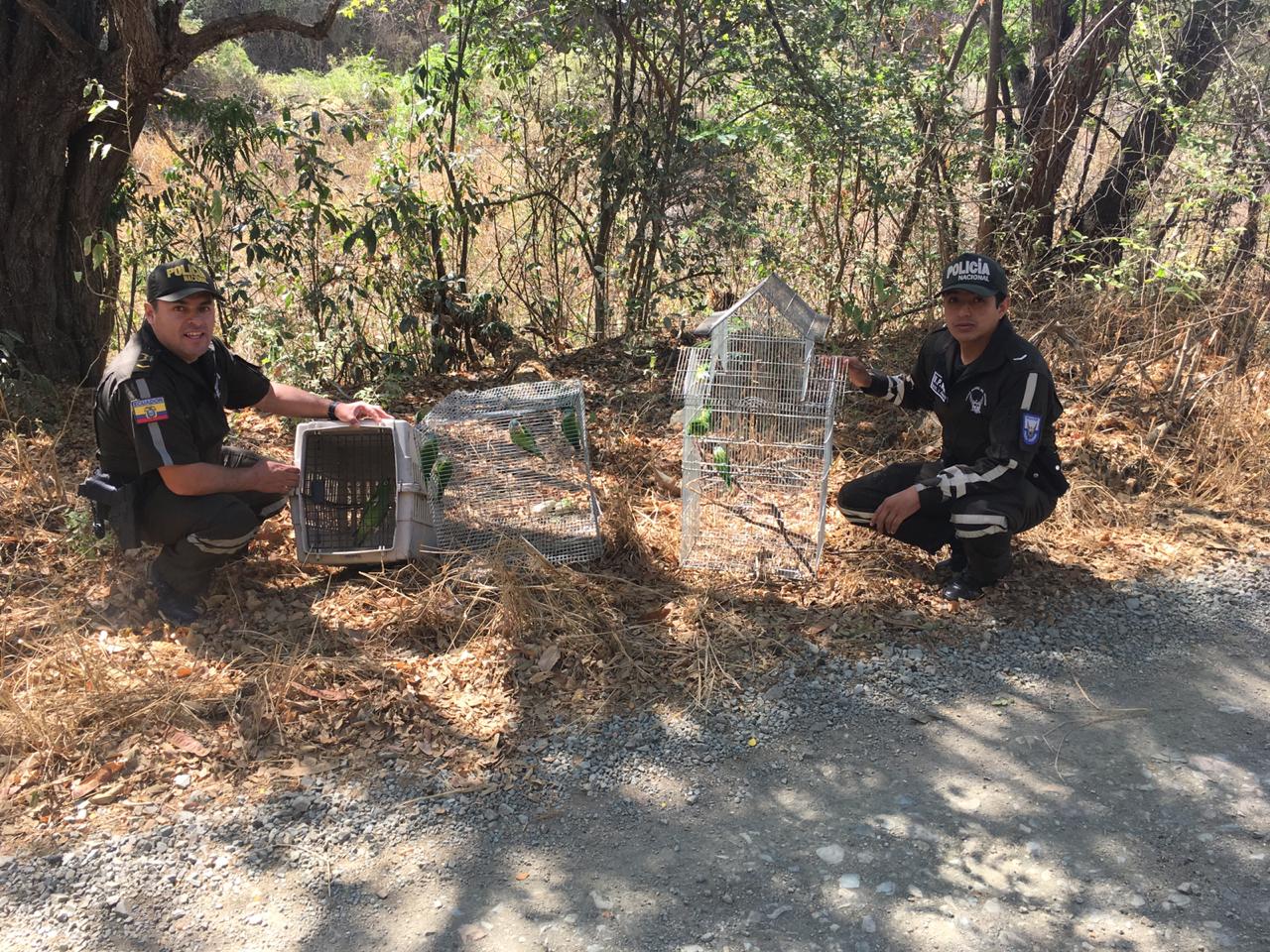 In the operations carried out in Loja and Catamayo, the UPMA Police Environmental Unit, of the Loja No.11 Police Subzone, in coordination with officials of the Ministry of Environment MAE, in previous days managed to recover 17 species of wildlife, ( parrots and parrots) that were transported illegally to the city of Loja, presuming that these wildlife species intended to market them.

Then to have remained in quarantine in the rescue center of the Municipal Zoo Orillas del Zamora of the Loja Canton; and, according to their medical assessment, they were discharged and were able to be released in their natural habitat.

They were: 2 ojiblanco parakeets, 3 yellow-winged parakeets, 12 cachetigris parakeets, which were released in the sector, El Coco from La Victoria Parish of Macará Canton, reinserting wildlife specimens into their natural habitat.

Police Servants committed to the care and protection of natural species, noted that in coordination with officials of the Ministry of the Environment, they execute permanent control operations to prevent wildlife trafficking, with these controls being accentuated in the border cantons; They also added that the officials of the two institutions are constantly giving lectures and on-site trainings with the purpose of raising awareness among the inhabitants of the territories where the species originate.