The National Police of Ecuador, through the National Antinarcotics Directorate, executed this operation on February 10: «Avalancha 46», in the province of Esmeraldas, which resulted in the seizure of 39.9 kilos of illegal substances.

In the interdiction operation on roads where the verification of a car-type vehicle, which was circulating in a suspicious manner, was carried out by the sector of San Mateo, km 17, on the Esmeraldas-Santo Domingo road, after the relevant registration, in the trunk of automotive was supposedly two bags of black jute with coffee, which contained a total of 20 rectangular packages, covered with packing tape, with a green vegetable substance, which when subjected to the preliminary identification test approved positive for cocaine , with a weight of: 38,000 grams, and 02 more packages, with a whitish substance, positive for cocaine, with a weight of: 1,910 grams, equivalent to: 38 kilos of marijuana and 1.9 kilos of cocaine. 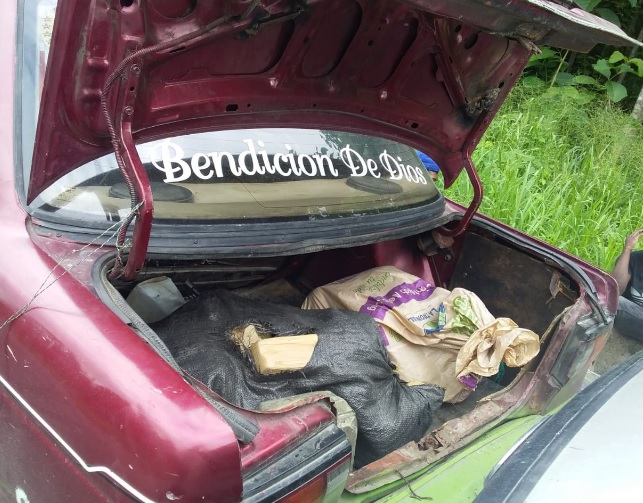 The occupants of the vehicle were apprehended, they do not register antecedents, and respond to the names of:

The detainees and the evidence were placed under the orders of the competent authorities, evidencing the permanent management carried out by the National Police of Ecuador, through the National Antinarcotics Directorate in the fight against micro-trafficking of drugs throughout the national territory.