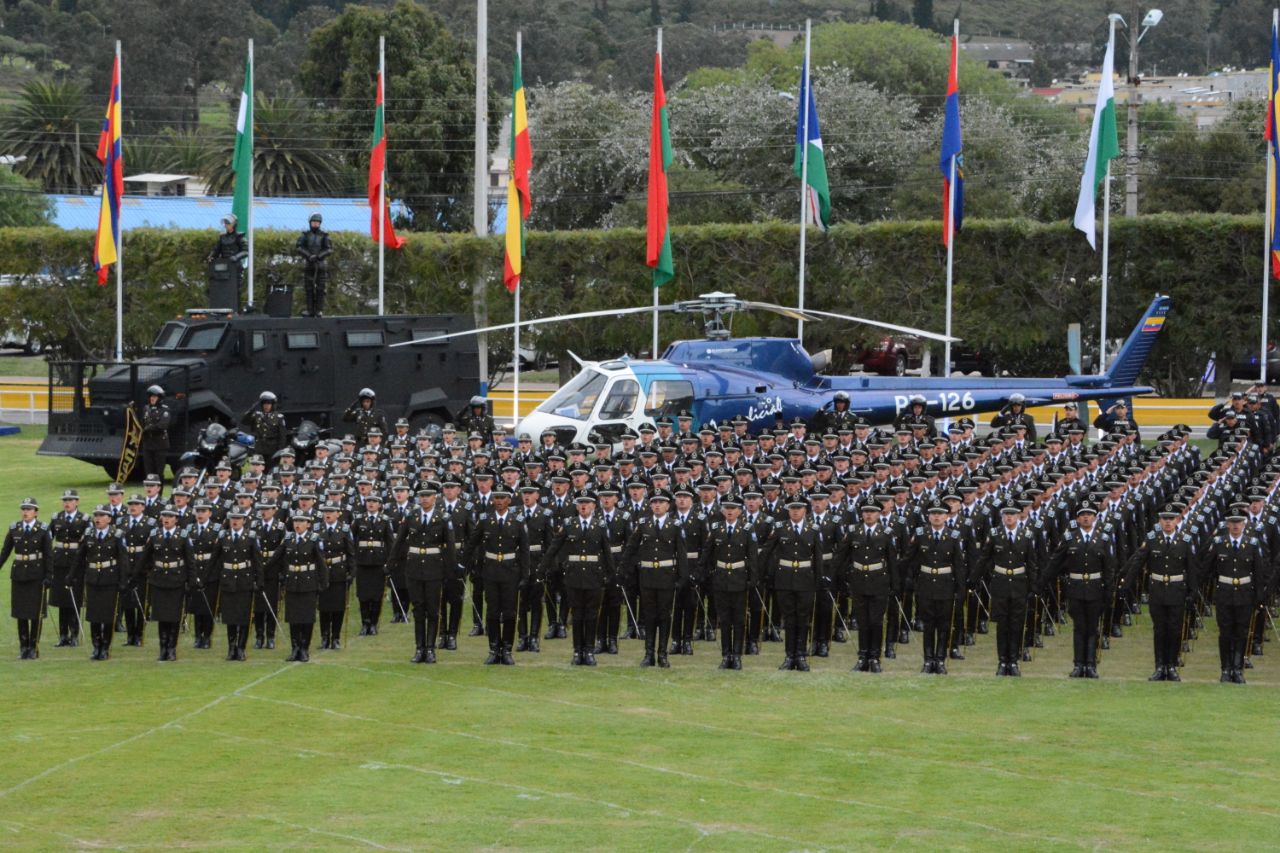 The afternoon and evening of today, the Superior School of Police General Alberto Enríquez Gallo was the scene in which 383 cadets belonging to the LXXVIII promotion line officers, Myr. Juan Manuel Chavez Muñoz” in a very significant act they received their new insignia as sub-lieutenants of Police.

From today the new officers assume new responsibilities, they join the police work with broad and comprehensive knowledge focused on the philosophy of service and commitment to citizenship.

In this important event the General Inspector Ramiro Mantilla Andrade with the representatives of the police of Chile and Colombia made the award to Professional Merit in the rank of knight to sub-lieutenants Emerson Montenegro to obtain the first seniority of the promotion.

Likewise, the recognition was made to the sub-lieutenant of Police David Preciado Montaño who obtain the highest average in the LXXVIII promotion; as well as sub-lieutenant Alfonzo Camacho Viscarra for having obtained the second seniority of the “Myr. Juan Manuel Chávez Muñoz.

Then proceeds to the delivery of presents to the cadets for their best performance:

The coronel of Police, Alain Luna, director of the School of Police, in his speech expressed his gratitude to the Institutional Command for trusting him as s guide for the preparation of this new contingent of line officers.

While Magister Andres de La Vega, Deputy Minister of the Interior, congratulate the incorporated “today 383 new stories are born, with sacrifice, with courage and courage, their new degree means to acquire the commitment to serve and protect”, he said.

Before the end of the event, the highest police  GraI. Ramiro Mantilla Highlighted the institutional achievements obtained thanks to the 48 thousand policeman and women, highlighting that the incorporation of new technologies has allowed to strengthen the professional work of the Police, «I thank the parents and relatives of the new sub-lieutenants, thanks to their support today we deliver 383 new professionals in security to society, this allows us to continue being one of the safest countries in the region, «he concluded.