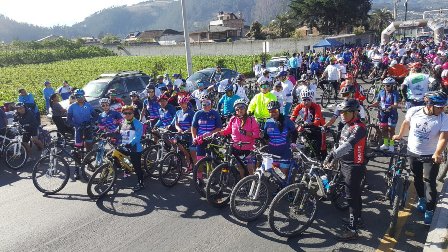 About a thousand cyclists and skaters participated in the cycle called «Respect the Cyclist», organized by the National Police through the Provincial Office of Traffic and Road Safety, as part of the Road Safety campaign «Depends on You» in the province of the lakes, Imbabura.

From the traffic lights located in the Peguche parish and from the Las Banderas roundabout in Cotacachi, respectfully, the riders started this activity that seeks to encourage respect for the cyclist. 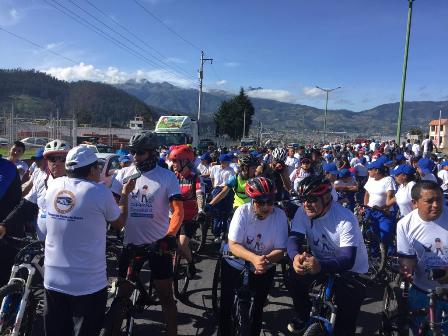 The aim is to reduce the statistics of accidents and deaths of cyclists on the roads, as every day increases the number of families engaged in this beautiful sport. Thank you all for joining this important initiative, said District General Juan Jaramillo, Commander of Zone 1, as he climbed his steel wheel to cover more than 20 km from Cotacachi to Ibarra. 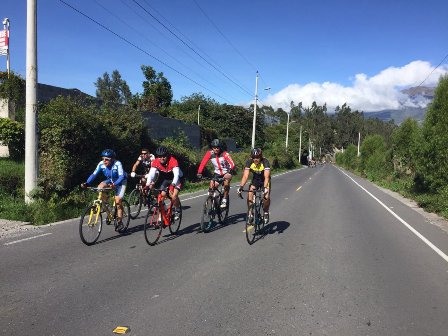 «Hopefully, events like these will make a dent in the conscience of citizens and effectively take care of everyone’s life, as drivers, pedestrians or when we are cycling,» said the Mayor of Otavalo, Gustavo Pareja.

Civil authorities, police and the general public gathered in this awareness campaign #DependeDeTi. «It is a unique and special experience for a family reunion,» said Colonel Víctor Zárate, commander of the Imbabura Subzone. «Basically it is about reaching the conscience of citizens, drivers, pedestrians, everyone who closes the road circle,» he said. 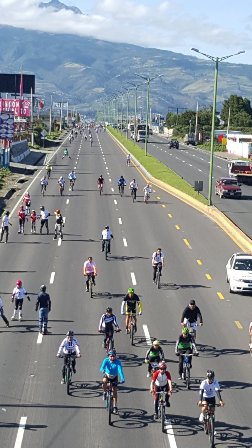 On the other hand, the Governor of Imbabura, Marisol Peñafiel, clarified that «we need a coexistence of respect to the norm, to the control authorities, to the National Police, to the traffic agents, to the cyclists, to the lights of the traffic light , that’s what this campaign is about, it belongs to all citizens, «he explained.

«It’s good that the police encourage these events of respect for cyclists,» said Nancy Gudiño, who participated in the event accompanied by her daughter Joselyn Ruiz. 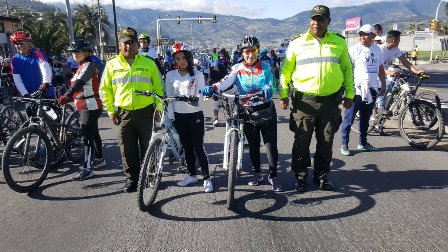 Lovers of this sport advanced in the right lane of the E35 road axis until they reached the grandstand of the Ciudad Blanca park in Ibarra, where family and friends waited for the hard-working participants. Richard Ramírez / DNCE.

Arrested with 57 doses of marijuana in residential area of ​​Ibarra