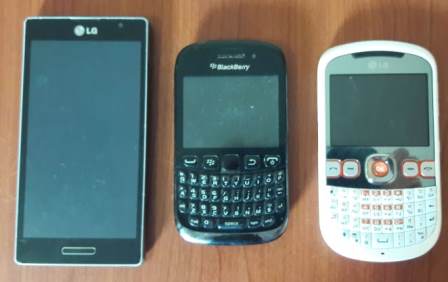 Agents of the Judicial Police in Jipijapa, obtained the seizure of three mobile cellular terminals, from the Shila Cell Technical Service, where the owner did not know how to justify their origin.
The confiscation of these equipment was achieved, as a result of the constant anti-caching operations carried out by agents of the Judicial Police in Jipijapa, in order to achieve the arrest of individuals or the dismantling of criminal organizations dedicated to the commercialization of mobile terminals.
Through basic intelligence work it was possible to establish several places of sale of objects of dubious origin, so in coordination with the Commissioner of Police proceeded to verify the commercial premises «Technical Service Shila Cell», dedicated to the sale of cell phones, located in Calles Bolívar and Santisteban, where three mobile terminals were found, which were not justified by the owner. The devices were seized immediately.
The evidence was entered into the warehouses of the Judicial Police of Jipijapa, with its respective chain of custody. R.Zambrano / DNCE.
c