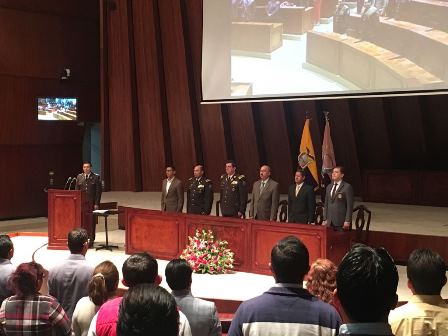 From Tuesday 27 to Thursday 29 March, the first International Seminar on Criminalistics was held in Quito, in which the most important exhibitors of the Chilean, Venezuelan and Ecuadorian police participated as the host country.

During these three days the experts gave lectures on topics such as: the beginning and evolution of Criminalistics in Ecuador, techniques currently used by the Criminalistics Laboratory of Chile in Forensic Ballistics, Forensic Entomology, Forensic Anthropology, Criminal Profiling, DNA Human Identification, Forensic Sciences against Terrorism as well as a wide explanation of fires and the Post Blas technique. 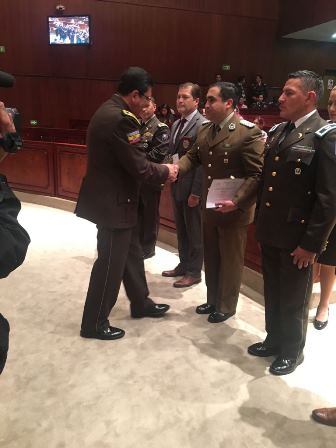 The objective of this seminar, which was held in the hall of the former presidents of the Legislative Palace, was to reinforce the knowledge for the personnel of the investigative units and in the bodies responsible for exercising justice.

In total there were 17 keynote lectures that were given at the conference that lasted from 8 in the morning until 4 pm.

Six subjects between them two teenagers were found with three guns