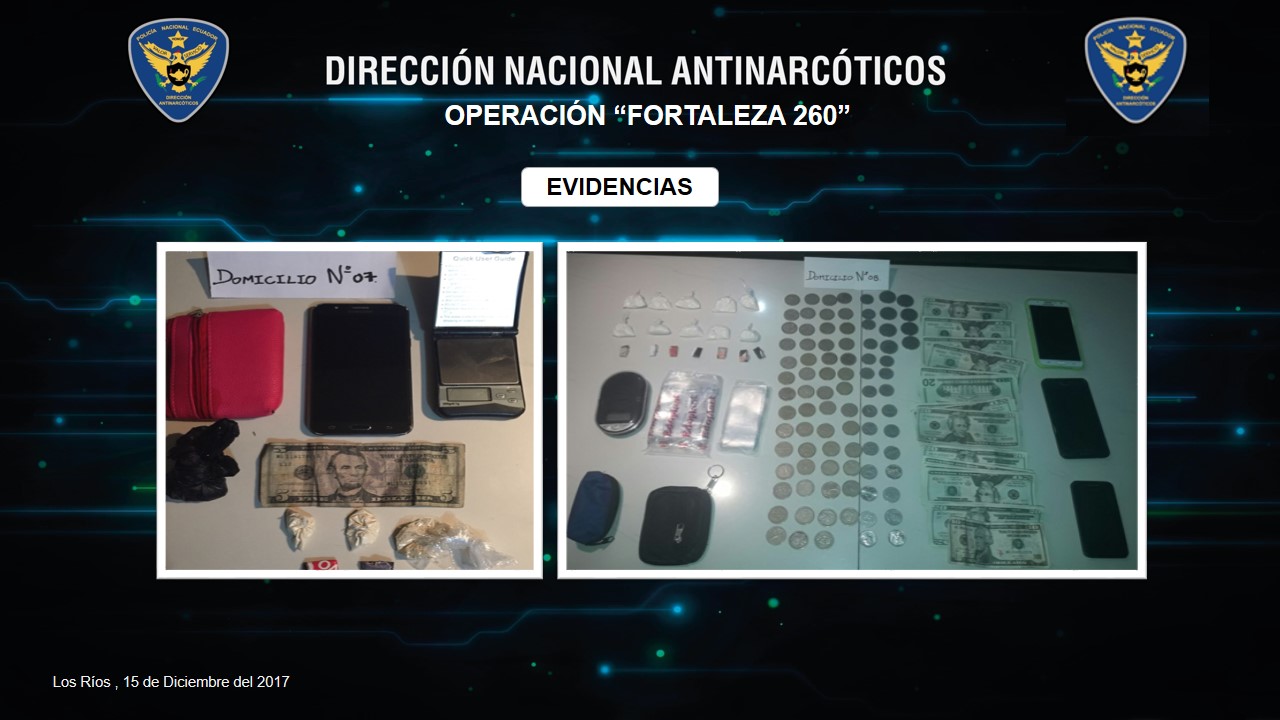 The National Police of Ecuador, through the National Antinarcotics Directorate, this December 15, 2017, carried out the operation «Fortaleza 260» in the province of Los Ríos. Four buildings were raided, in which 218.4 grams of cocaine and 77.9 grams of marijuana were seized; in addition to the detention of six citizens of Ecuadorian and Colombian nationality.

In this operation participated: Anti-Drug Mobile Special Group (Gema), Regional Center for Canine Training (CRAC) and Criminalistics. Households located in the Pueblo Viejo district, San Juan parish, in the province of Los Ríos, where the alkaloids were sold to the residents of the sector, were intervened.

In this way, the National Police reaffirms its commitment to citizens to eradicate the micro-trafficking of our territory, for a drug-free country. / DNA / DNCE

Operation Fortaleza 264, seized more than half a ton cocaine, in Manta