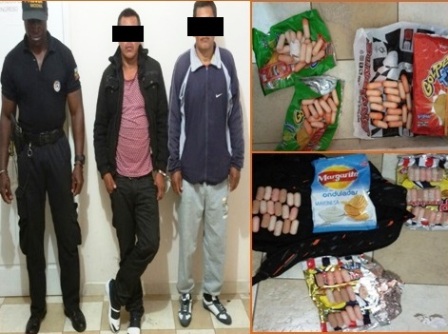 The citizens Lucas Alfonso Q. M. and Cornelio O. M. traveled aboard a passenger bus that met the Tulcan-Quito route. Upon reaching police control, the vehicle was checked by the uniformed with the help of the REX III, which gave positive alert in a black backpack and a plastic cover owned by foreigners.

Inside the backpack were 100 capsules covered with latex and brown plastic that when subjected to the preliminary field test turned out to be heroin with a net weight of 1000 grams.

Citizens were apprehended and placed under the orders of the respective authority, while the seized alkaloid was transferred to the Anti-Narcotics Headquarters of Ibarra. The police work prevented the illegal substance from reaching its final destination and was distributed in 33 330 doses (Lic. P.Meneses-SZImbabura / DNCE)